TheColouringBook.org was founded in 2013 with the aim of providing free colouring sheets designed especially for adults with cognitive impairments and mental health problems. This includes things like Alzheimer’s disease, dementia, stroke recovery, anxiety, depression and more.

It is an entirely not-for-profit and volunteer run project. All our colouring pages are created by illustrators, artists, cartoonists and designers – talented folk from all over the world who have contributed their designs for anyone to use.

These colouring sheets can be printed directly from the website or saved on your computer to print later.

In the UK alone there are over 800,000 people living with dementia (The Alzheimer’s Society). One in four people will experience a mental health problem each year (Mental Health Foundation), and globally over 350,000,000 suffer from depression (WHO).

While researchers, doctors, activists and educators continue to work on preventing these and other conditions, forms of creative therapy like colouring can help to give people some respite from the symptoms of cognitive impairments and mental health problems. It can even be really effective as a simple relaxation technique.

The colouring sheets on this site are used by a whole range of people. From occupational therapists working with groups in hospitals and care homes, to individuals and their carers or family members. We’ve even heard about our colouring pages being used in a cancer treatment waiting area and as a de-stressing tool for event security guards.

A brief history of TheColouringBook.org

This project was founded and is run by Arlie Adlington. 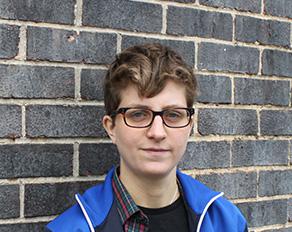 I started the project back in 2013, after meeting a man who was looking for second hand colouring books in a charity shop I volunteered in at the time. I helped him find a selection of books, but he didn’t seem happy with any of the options. Eventually he told me he was looking for colouring sheets for his grandmother who had Alzheimer’s disease. She found colouring in really therapeutic, but he needed to find colouring pages that weren’t aimed at children. Age appropriate designs were hard to come by.

Because I do a bit of drawing and comics creation myself, that encounter gave me the idea of creating a website where illustrators, artists and designers could create colouring sheets specifically aimed at adults, that could be printed for free by anyone.

I did a call out on Twitter, Facebook and Tumblr and a few months later we had a website featuring the first batch of images – sent in by dozens of artists who wanted to get involved.

Since I started the project, adult colouring books have become really commonplace – you tend to see them everywhere in bookshops and supermarkets. This really shows how popular and effective colouring in can be.

My hope for the site is that it continues to grow and remains a valuable resource providing unique colouring sheets that are totally free for people to enjoy.